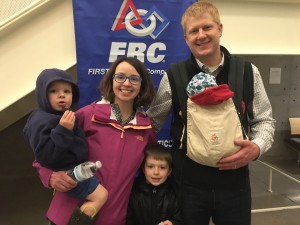 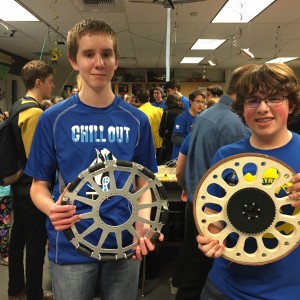 FRC Team 1778 – Chill Out! – was represented, traveling all the way from Mountlake Terrace! Co-Captain Kolin Hawkins welcomed him and showed Sam our 14″ student-built Omni Wheels. At the BHS 100 Building our new robot — ARES — demonstrated its ability to move over many of the STRONGHOLD game obstacles at the beginning of the Open House, and ATLaS, our first Worlds competition robot, was driven by many youngsters, and at least one 3-year old, under the careful guidance of team Co-Captain Robby Davis.

If you missed the Open House, check back to this website for more photos and videos of this historic event! 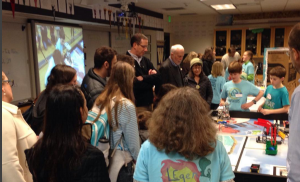