Despite the fact that the Spartronics Team 4915 won’t be going back to the World Championships in St. Louis for a three-peat, this year was arguably the most successful season in Spartronics history, garnering more awards and honors in a single season ever – all student led.

At the Pacific Northwest District Championships this weekend, Spartronics and their HUGE 14″ Omni Wheels scored another major victory, winning the 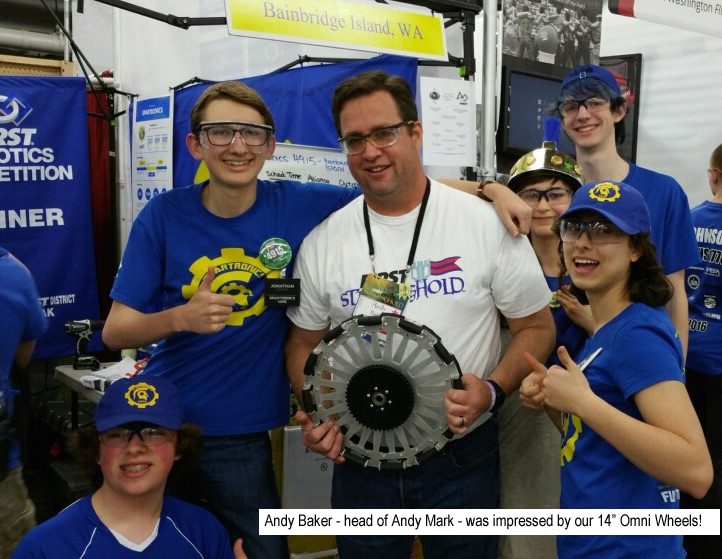 FIRST Robotics Competition “Creativity Award” presented by Xerox. Remarkably, Spartronics won a major award from the judges at every competition the team competed in this season, won a District Event Competition and had a student and a mentor recognized for their contributions to Spartronics by FIRST. This season marked the first time Spartonics had a student, Clio Batali, nominated to the Dean’s List.

Among this season’s awards and honors:

At the Mount Vernon District Event:

At the Glacier Peak District Event: 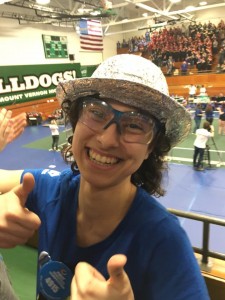 In addition to the awards — and cheering our friends from 4911 Cyberknights as they won one of three Chairman’s Awards in Portland – there were some incredible highlights:

While FIRST Stronghold – the FIRST Robotics Competition’s 2016 game – turned out to be the toughest ever on all robots, including Spartronics own ARES, the life lessons Spartronics learned this year from fixing all the problems we encountered will benefit our students — and mentors — for many years, if not decades, to come.

Our own Finn, a volunteer with Washington FIRST this year, was one of the main videographers and editors of the finale film at Portland. Check out all the highlights here, including several shots of Spartronics and our wheels! 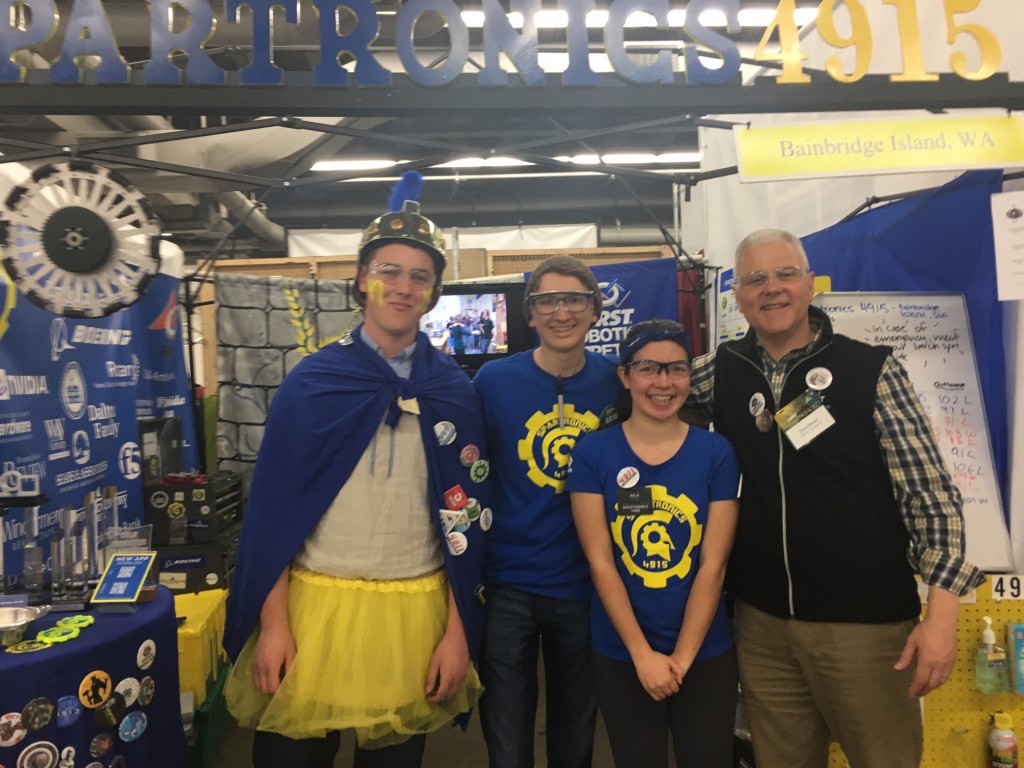 FIRST President Don Bossi checks in about our growth in girls 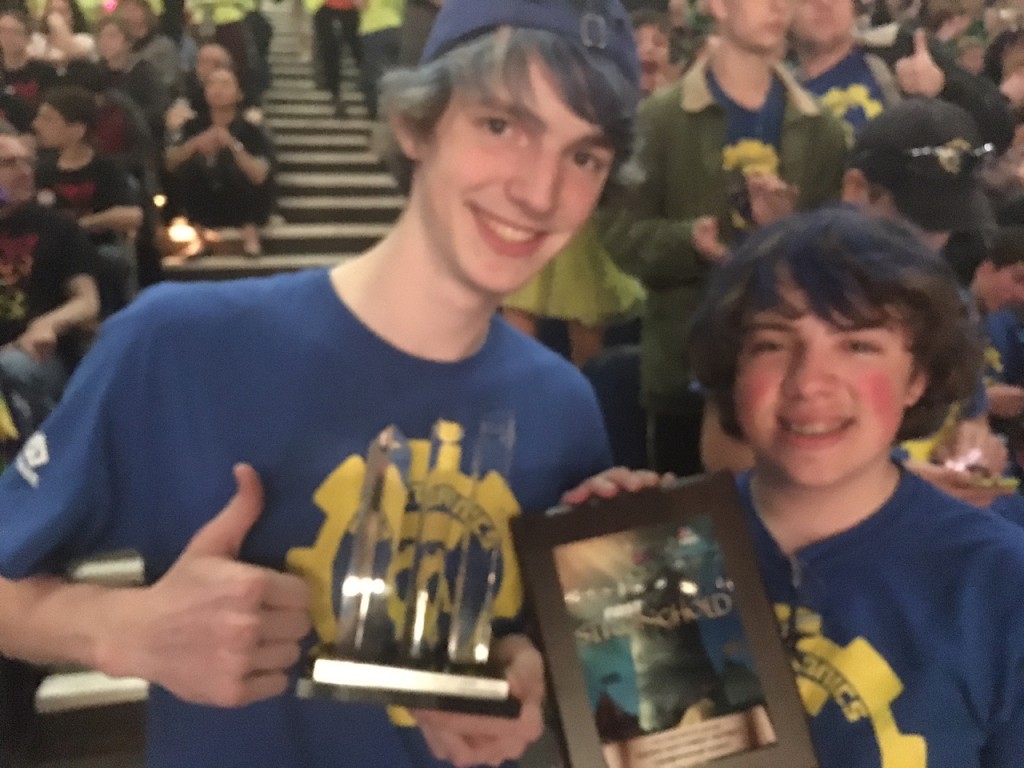 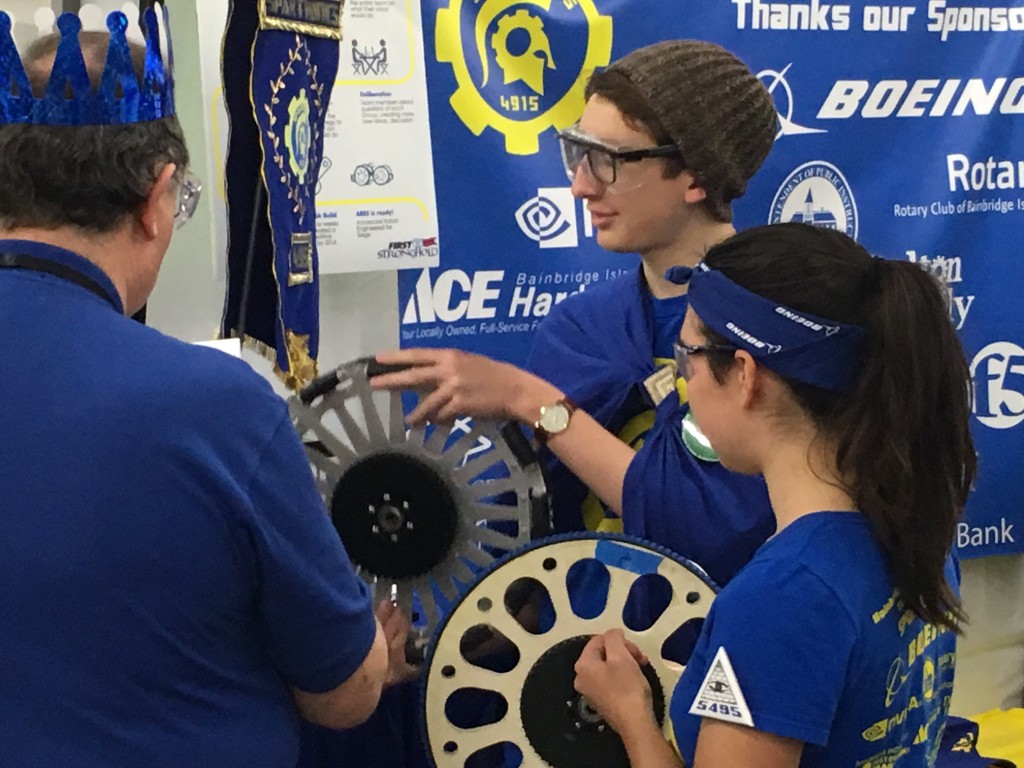 Aila and Jon make their Omni Wheel pitch to the Judges and the result was another award!