As of nine in the morning on the 7th of January, the 2023 FRC build season has officially begun!

With the start of this new season, teams have been tasked with building and programming a robot to play in FIRST’s brand-new game, CHARGED UP!

On the first day of the new season, Spartronics assembled in the 100 building at Bainbridge High School to watch the kickoff introduction, begin planning the design of the robot, and start strategizing.

We also took our 2023 team photos (both serious and PHUN versions) below. 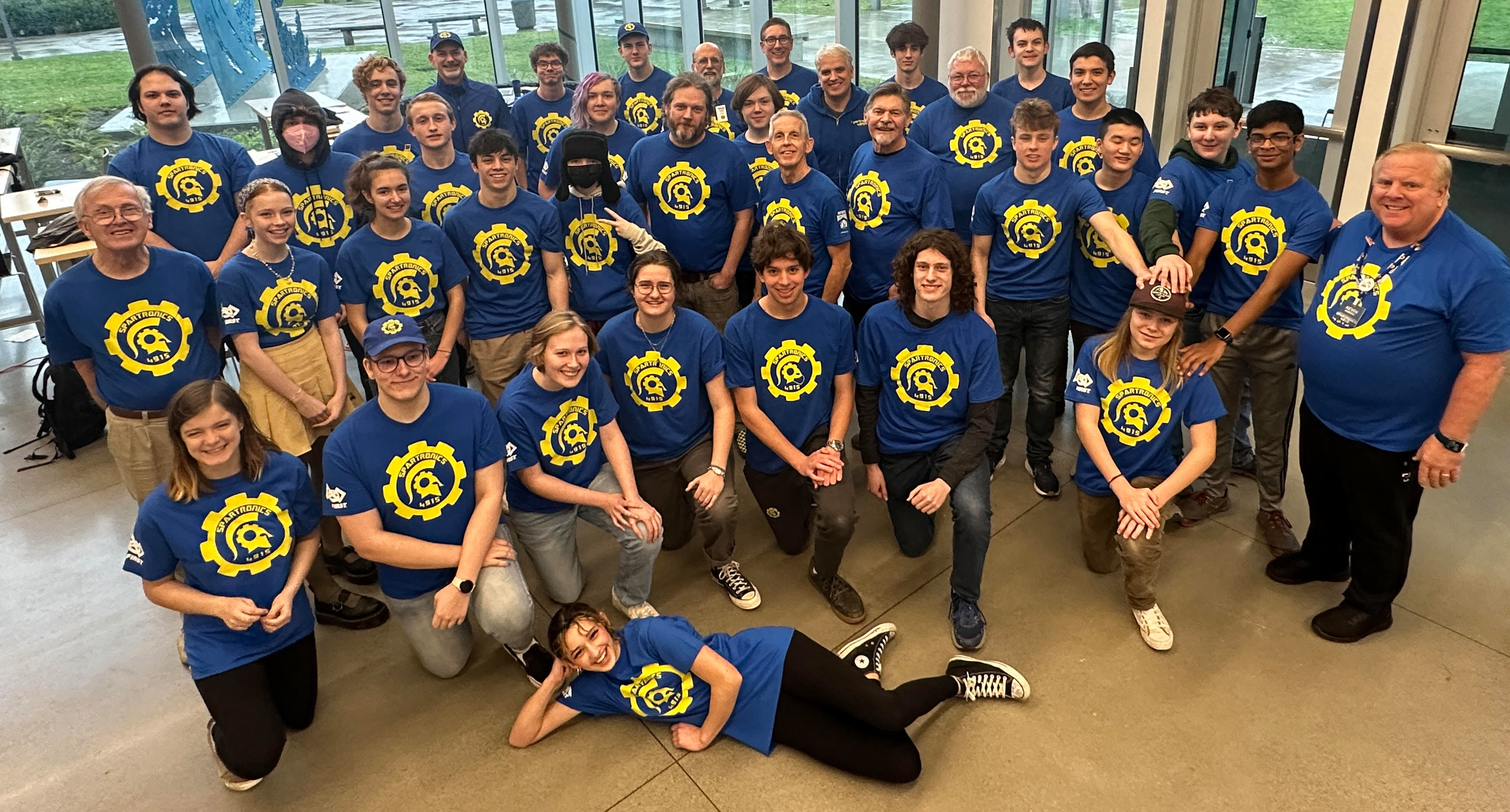 In the animated kickoff video, FIRST revealed the basic premise of the game, along with the key rules. The game manual was also released on the day of kickoff, which details all guidelines of the game.
Here is the link to the full game manual (PDF). 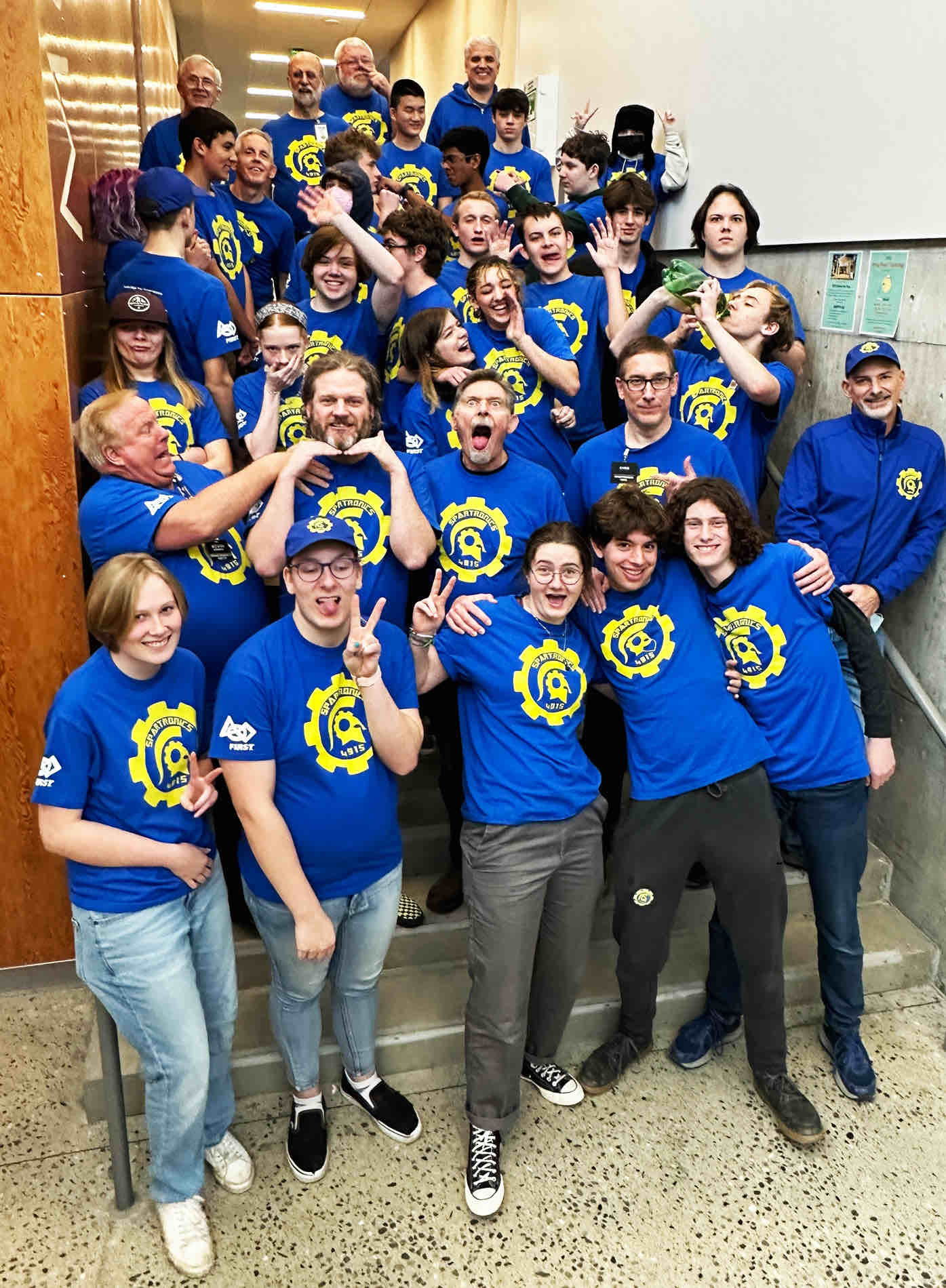