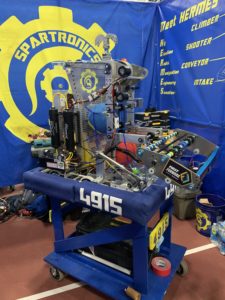 Information and details about HERMES:

-The robot has 4 primary systems: Climber, Conveyor, Launcher, and Intake

-Its chassis has 6 wheels

-Has a launcher system with no-spin ejection

Above is the CAD banner for HERMES, which was displayed in the pit during the competitions 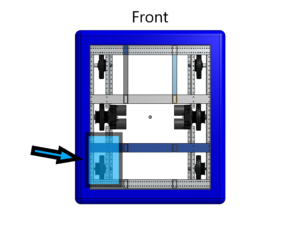 Above is a graphic of the robot’s 6-wheel chassis

Why is the Robot Named Hermes?

We named our robot after Hermes, the Greek god most widely known for being the emissary of the gods of Mount Olympus. We figured that with the robot having been named after the Greek god of messengers, our robot would fit in well with the transportation theme of this year’s FRC season.

What is Hermes’ Coolest Feature?

Without a doubt, Hermes’ most outstanding feature is its climbing system, which is extremely reliable.