Spartronics Team 4915 finished the elimination rounds of the FIRST Robotics Competition District Event at Glacier Peak High School ranked 4th and won the coveted “Team Spirit Award.” The team finished qualifying matches with a 10-2 record and was ranked #1 out of 40 teams at the end of regular competition for the second time this year. 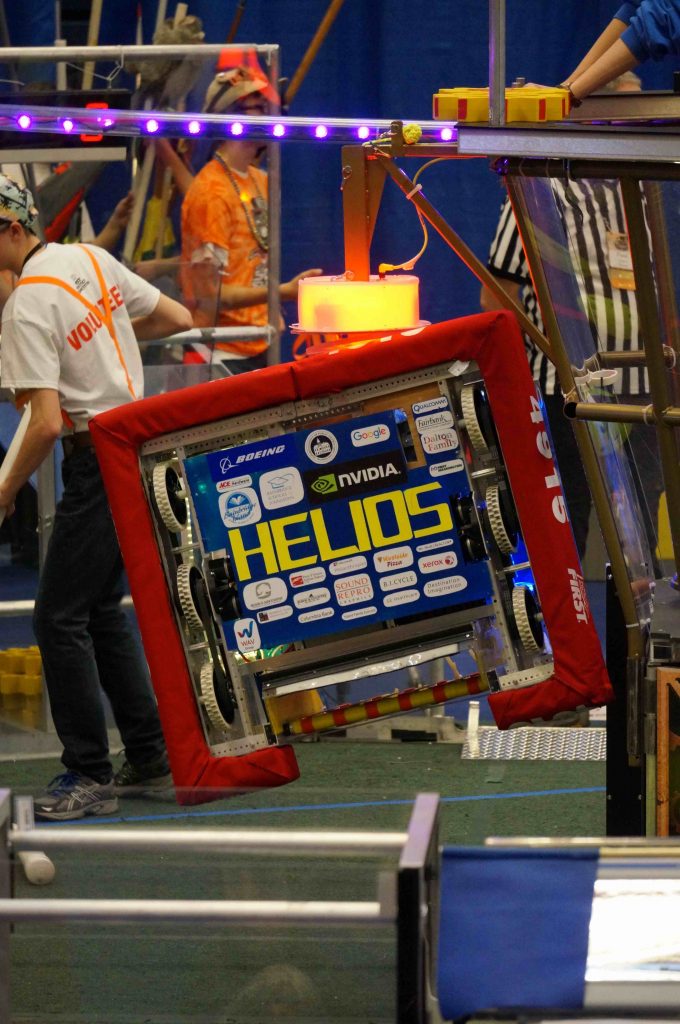 “HELIOS continued to be one of the best shooting robots at the event,” said Spartronics Coach Enrique Chee, a Physics and Robotics teacher at Bainbridge High School. “Clio Batali, Alex Larson Freeman, Will Hobbs, Jon Coonan and Lucas Rininger continue to work incredibly well together as our drive team, showing consistency and reliability throughout all of our matches and especially during the Finals,” Chee added. 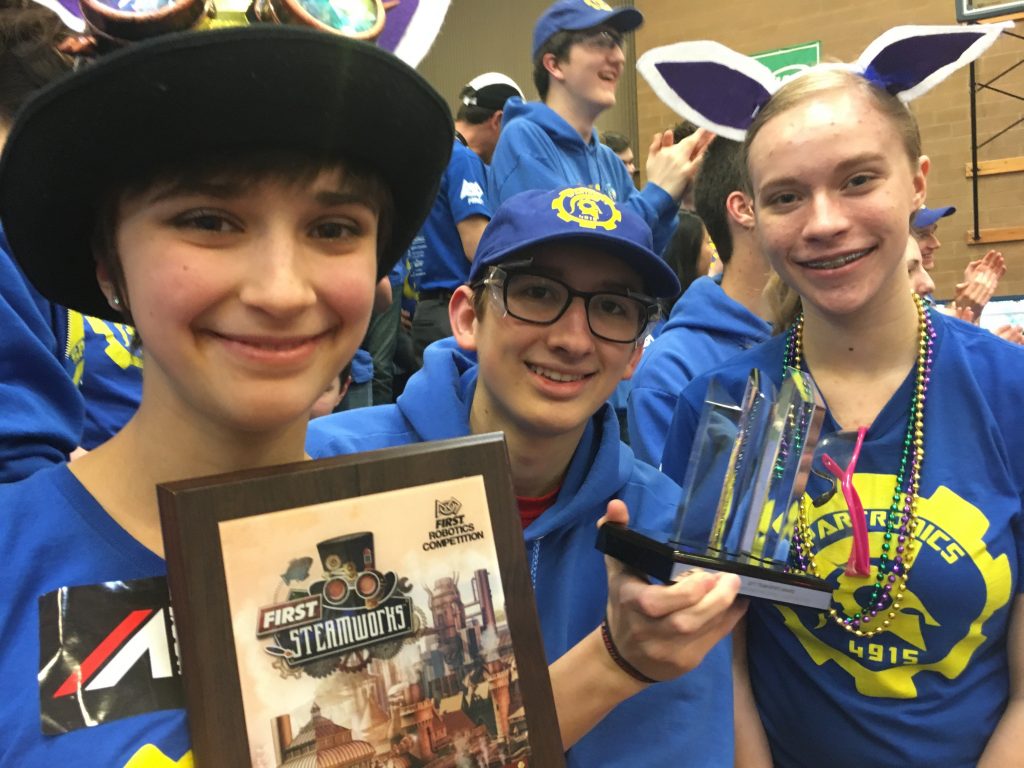 Rose, Jon and Charlotte have all built us into a social media powerhouse!

Judges awarded Spartronics 5 additional ranking points for this award, which recognized the team for: