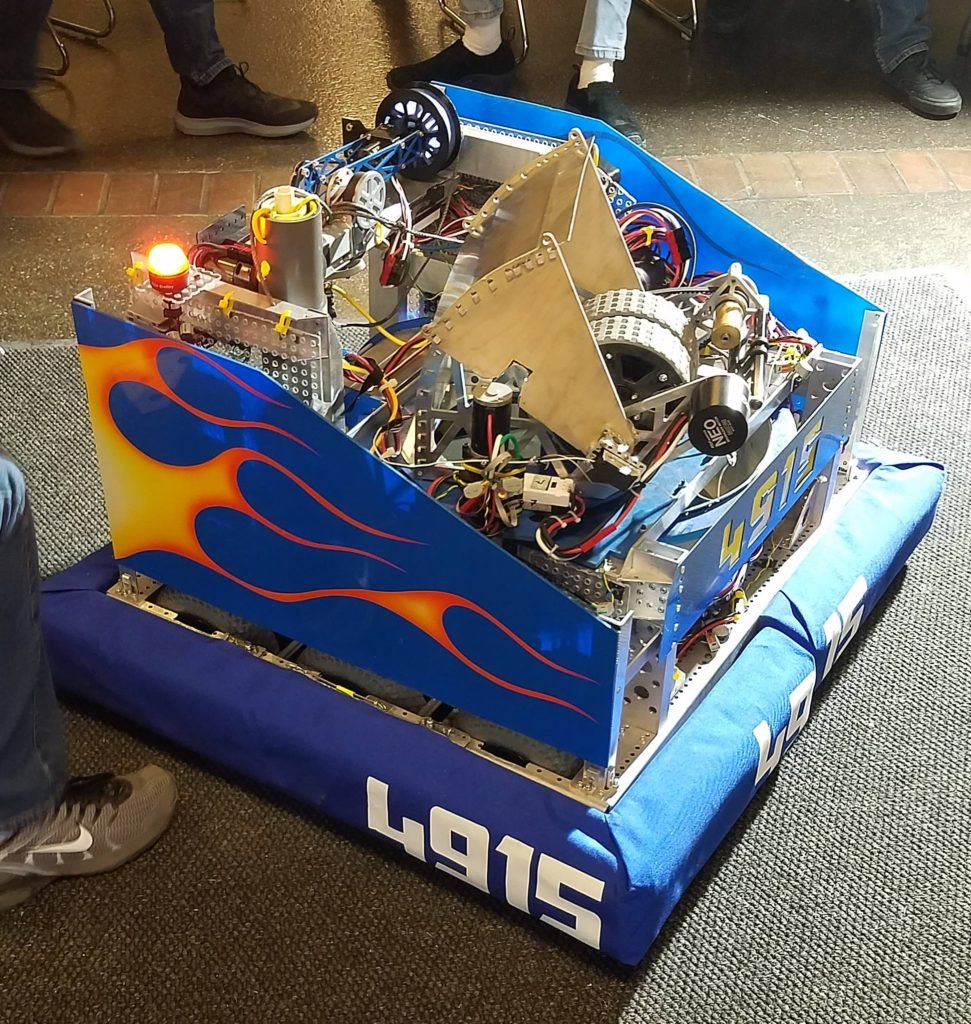 Athena is the Greek goddess of wisdom, inspiration, strategy, craftsmanship, and skill, which were the values that guided us through building this year’s robot.

ATHENA is able to perform all the tasks outlined in the 2020 FIRST robotics competition, including the utilization of a telescoping climber to lift the robot onto a bar, and a ball launcher used to score points in the competition.